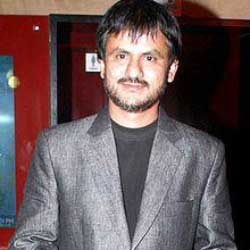 A Mechanical Engineer by qualification, Girish Pandurang Kulkarni worked with various engineering companies while he scripted, acted, directed and staged a lot of plays as an amateur.

Girish’s stint with the media as cluster programming head at Radio Mirchi, was also a fascinating journey.

A multi talented Persona who has made forays in Story/Script writing, Acting, Dialogue writing, Production and Direction.

His first film as a writer, ‘Valu’ went on to become one of the biggest hits. Girish not only scripted this blockbuster, he also played a very important role in it which won him many accolades. Valu which was released in 2008 was premiered in the Rotterdam International Film Festival, Silk Screen International Festival (USA) and Warsaw Film Festival (Poland).

He then played the lead role in yet another highly appreciated Marathi film titled ‘Gabhricha Paus’ which won him awards as well as praises.

His acting in 'Gandha' fetched him praises.

Deool released in 2011 was a big box office success and got him the National Award for Best Actor and Best Dialogues. It also won the President’s Gold medal for Best Feature Film and was shown in many International Film Festivals.

Apart from the feature films Girish has written and acted in many short films.

He has worked as a voice-over artist.

His negative role in the film ‘Faster Fene’ has received wide accolades.

Founded Arbhaat Films alongwith Umesh Kulkarni and has made his directorial debut in the film 'Jaun dya na Balasaheb'.

He is also Active in the area of Social work with participation in the water conservation field. He is actively involved in the ‘Paani Foundation’ started by Aamir Khan.