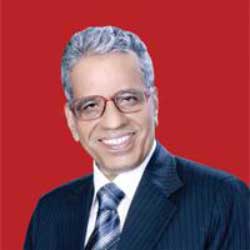 Born on May 28, 1949 in Masur (Dist: Satara), Maharashtra, he obtained Bachelor and Doctorate degrees in Chemical Engineering from the University of Mumbai.

Prof. J.B. Joshi has done truly outstanding work in the area of multiphase reactor design. He has succeeded admirably in developing design procedures for multiphase sparged and mechanically agitated reactors. His success has arisen out of a conceptual breakthrough and has brought about fresh thinking in this difficult area in which several renowned scientists all over the world are actively involved. A unique blend of theory, modelling, experiments and intuition has resulted in a rational basis for the design, scale-up and implementation of a large number of commercial size reactors in India and throughout the World.

He joined the faculty in 1972 in the University Department of Chemical Technology (UDCT, now ICT) and held the position of Director during 1999-2009.

His progress as an independent researcher has been phenomenal in all respects: teacher, scholarly writer and also as the most wanted consultant in the Chemical Industry in India and abroad. This is evident from the list of his publications (more than 400) and extraordinary citations [9700, Google Scholar] to his credit. He continues to be very productive and has graduated 69 Ph.D.'s, 59 Masters and supervised 20 Post-doctoral students.

His major contributions include:

As the Director of Institute of Chemical Technology (1999-2009) he succeeded admirably in the formidable and mammoth task of coveting the University Department to Autonomous University Institution and finally to full-fledged University. During his tenure all the academic parameters increased by factor of atleast two (number of international publications, citations per year, number of Ph.D. admissions per year). As a consequence, the Institution ranked among top ten in the World. He was also responsible for phenomenal growth in external revenue generation (ERG) with compounded growth of 25% per year through research contracts, consultancy projects and donations. In 2009, such ERG was almost ten times the Government Grant, perhaps the highest ratio among state funded institutions.

Prof. Joshi is the recipient of numerous awards and honours. Notable among them are: